After a few delays, the latest version of Windows 10, the Windows 10 May 2019 Update, is ready. While it doesn't pack a ton of new features, it has some enhancements to existing tools and a few new tricks to try out.

Let's take a tour of what the latest Windows 10 update has to offer.

As we've discussed before, Microsoft is regularly making improvements to Windows 10. Roughly every six months in April and October, the company releases a major "feature update" to Windows 10.

However, not everybody gets this at once. Microsoft instead gradually rolls it out in batches. This keep down the load on its servers and helps prevent widespread rollouts of buggy versions.

Note that you will likely get the update on your home computer first. On your business computer, IT administrators decide when to install these updates. For our Managed Services clients, we evaluate whether a Windows 10 update is stable enough to roll out a few times per year. 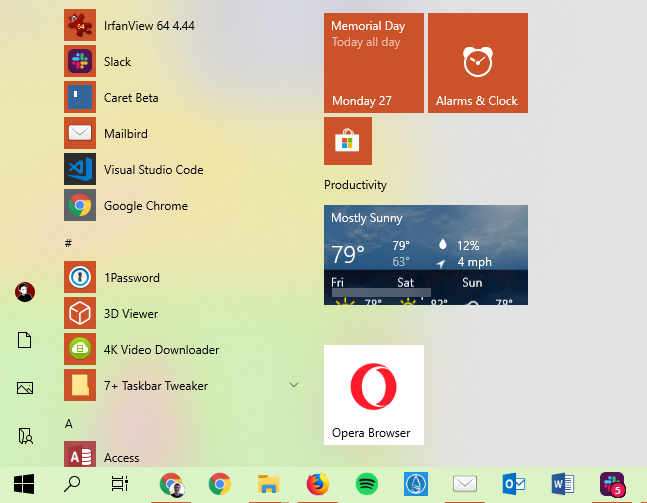 Dark themes have become popular in the last few years. macOS Mojave and Windows 10 both include a dark mode, but now you can choose the other side on Windows 10. Visit Settings > Personalization > Colors to choose your theme.

If you like, you can even pick the Custom option here to set a different theme for Windows and apps. This lets you keep elements like the Taskbar and Start menu dark while leaving apps light, or vice-versa.

In the past, Microsoft pushed new versions of Windows 10 pretty heavily. Even if you didn't want to update to the latest feature update right away, you didn't have much choice when your computer prompted you.

Starting in the May 2019 update, you'll have more choice over this. Instead of automatically downloading the latest version when you check for updates, Windows presents this as a separate download. You can also decide to stay on your current version of Windows 10 until it reaches the end of its life.

Microsoft supports each major version of Windows 10 for 18 months after its release. Jumping to a new version every 18 months instead of every six months is much better for stability, so this is a welcome change. 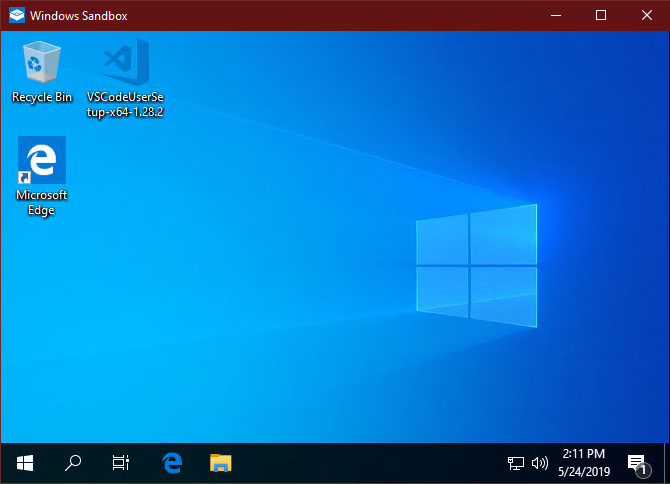 One of the few brand-new features in this version of Windows 10 is the Windows Sandbox. This allows you to test software in an isolated virtual environment without exposing it to your actual computer.

Such a tool comes in handy for anyone who wants to make sure an app is safe before they start using it. Because everything in the sandbox is destroyed when you close it, it also lets you test something without taking the time to install and uninstall it.

The setup is outside the scope of our discussion, and most normal users won't need to use it. But for power users who use new software all the time, this is a great utility. Because of its advanced nature, the Windows Sandbox is only available in Windows 10 Pro and higher.

Search and Cortana Are Separate

Cortana is Microsoft's digital assistant for Windows 10, similar to Siri and Google Assistant. It's arguably not as popular as either of those competitors, so the newest version of Windows 10 dials her presence back a bit.

While Cortana was previously integrated into the search function of Windows 10, they now appear as separate icons on the Taskbar. This lets you hide Cortana if you don't want to worry about her, and keeps her tasks separate from basic PC searching.

You Can Uninstall More Windows 10 Apps 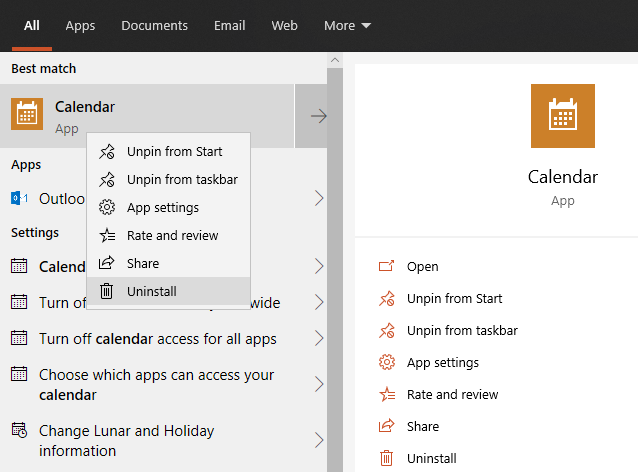 New installations of Windows 10 include a lot of apps that you don't need. You always had the ability to uninstall some, like Money and Candy Crush Saga, but others weren't removable.

That's changed in this release. You can now remove more default apps, including Mail, Calendar, and others. However, we've covered how a lot of the Windows 10 apps are actually pretty useful, so take a look at what they can do before you remove them.

As you'd expect, the May 2019 Update is packed with small tweaks and improvements across the OS. Here are a few smaller points worth noting:

Once you get the May 2019 Update, enjoy exploring the latest version to see what other improvements you can find. While this one doesn't bring quite as many exciting new features as prior versions, it also appears more stable as it hasn't had any major problems upon launch.

For more on Windows 10, take a look at how to use virtual desktops for greater productivity.