Microsoft only provides support for its products for a limited amount of time. As older operating systems and software become out of date, the company retires them in order to focus on current offerings. 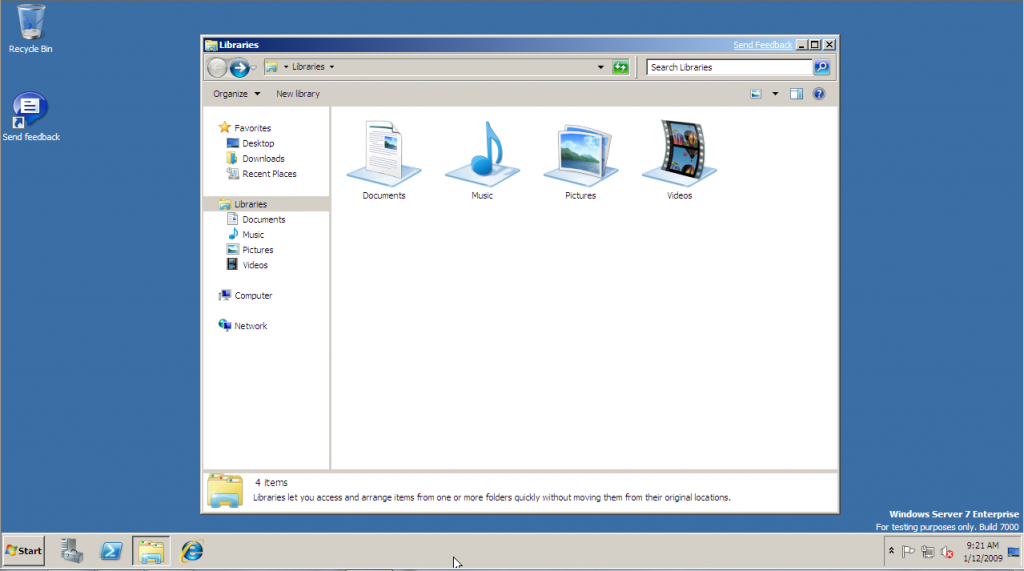 In case you're not familiar, Microsoft publishes server operating systems alongside the consumer versions of Windows. They look similar, but have different purposes.

As the name suggests, Windows Server is designed to run on a server. Here it acts as a manager for a Windows business environment. Windows Server includes lots of management software to handle identification, networking, computer deployment, and much more across a whole network. It's also more heavily locked down and doesn't include consumer-facing features like the Microsoft Store or Cortana.

Meanwhile, Server 2008 R2 launched in October 2009. This version comes from the same code as Windows 7, and includes enhancements over the original Server 2008.

When Will Windows Server 2008 Leave Support?

This date might sound familiar if you've read our post about Windows 7's end of life. As it turns out, not only will both Windows Server versions reach their end of life on that date, but so will Windows 7.

As you'd expect, Microsoft has released newer versions of Windows Server since 2008 R2. Below is a list of the offerings that have launched since then:

How to Migrate From Windows Server 2008 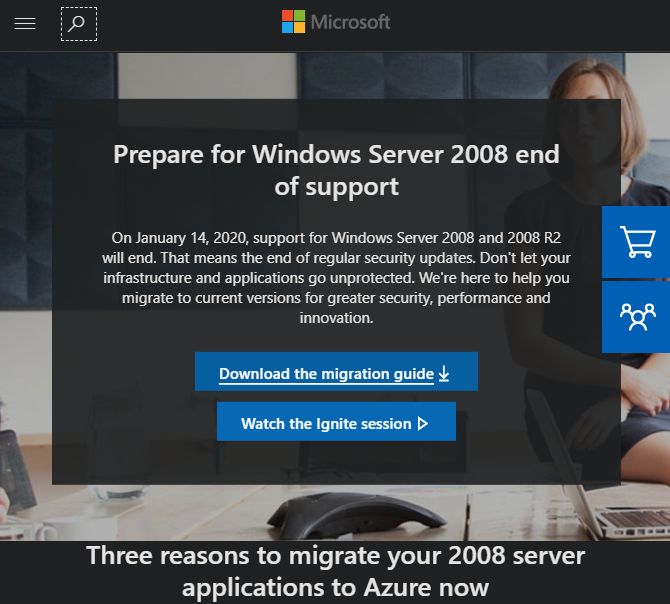 If your company has a server running Windows Server 2008 or 2008 R2, it's important that you have a plan for upgrading it. Running a server OS that no longer receives security updates puts your business in danger.

You have two main options when looking to upgrade: updating your in-house server, or moving to a cloud service like Microsoft Azure. Both of these options have benefits and drawbacks.

Upgrading to a new server operating system is usually a bad idea, because it can introduce a variety of problems. Most of the time, you will want to start with a clean slate after a server has been running for something like seven years. Since upgrading directly is not a great option, you'll have to decide whether purchasing an entire new server, and paying the licensing costs for the latest version of Windows Server, is worth it. Assuming you upgrade to Windows Server 2019, you'll have extended support until January 2029.

Your other option is moving your server to the cloud. Using a service like Microsoft Azure allows you to take advantage of handy features not available on a local server installation. This also allows you to spread the cost of upgrading out over many months, instead of making a large purchase all at once. However, it is usually more expensive at current Azure pricing to do this over the long run. Typically, around three years of Azure runtime is what it costs for a physical server that you could have for seven years before the hardware needs replaced.

See our page on Microsoft Azure and look at whether Azure is right for you for more info on this..

Windows operating systems hit the end of their life regularly. By being prepared for what's coming, you can avoid having to rush at the last minute to avoid using an unsupported platform.