The Many Benefits of Microsoft OneDrive

There's no shortage of cloud storage providers you can use for your business. And while Dropbox often comes to mind as the household name in this sector, you shouldn't miss out on what Microsoft OneDrive has to offer.

Let's take a look at some of OneDrive's benefits and how it can make working with your team a whole lot easier.

OneDrive Is Included With Office 365

One of the most attractive parts of Office 365 is that you might already have full access to it. All of Microsoft's Office 365 plans include 1TB of OneDrive storage space at no extra charge.

This means that you can avoid paying another subscription for Dropbox or a similar service. Plus, OneDrive is well-integrated into other Microsoft products like Windows 10 and Office (which we'll discuss in a moment). This means there's less of a transition for your company. 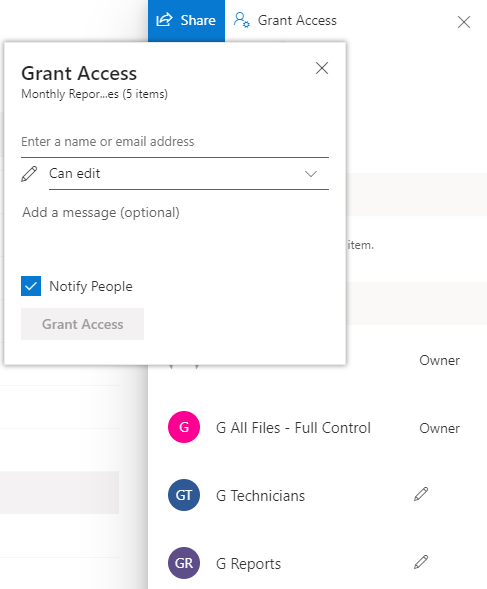 Other cloud storage services like Dropbox don't have the most robust permission system. They often use a "waterfall" model, where permissions from a root folder are automatically applied to folders inside it. This means that if someone has access to one folder, they automatically have permission to view all of its subfolders, and there is no way to remove that permission on just a subfolder.

Using OneDrive with SharePoint document libraries gives you much more control. You can set individual permissions on folders no matter where they lie in the hierarchy. Combined with team-based folder permissions, it's easy to make sure only the right people have access to any given information.

As you may know, one of the greatest benefits of cloud storage is that it provides everyone with access to the same file. This cuts down on emailing revisions of a document back and forth, as reconciling several versions of the same file quickly becomes confusing.

However, even though it's an improvement, this system still has drawbacks. With other cloud storage services, only one person can have a file "checked out" to make edits at a time. This leads to people having to message their colleagues so they know when the other person is done editing the file. Waiting around for your turn to edit wastes time, especially when you only need to make a small change.

OneDrive makes this so much smoother by allowing simultaneous editing of Office files, like Word documents and Excel spreadsheets. This lets two people make changes to the same file at once. It cuts down on back-and-forth messages and means you don't have to worry about who has it open when you open a file anymore. 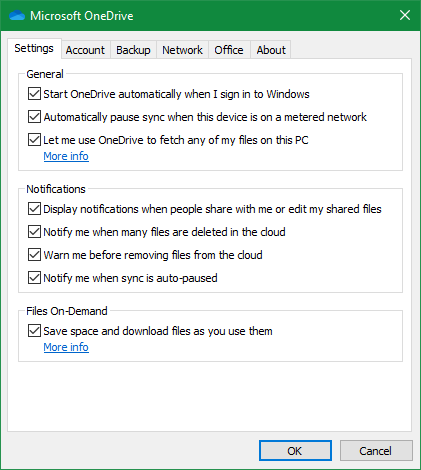 You don't have to settle for fewer features when you switch to OneDrive. Perhaps you really like Dropbox's Smart Sync tool and don't want to give it up. As it turns out, OneDrive has something similar in its "Files On-Demand" option.

With this option turned on, you can still browse files in your OneDrive account as normal. However, files you haven't used in a while will be removed from your device's storage to save space. When you open them again, they'll download so you have a local copy.

You can still preview and view details about your files at any time. And if you need to always keep a folder available locally, just right-click it and choose Always keep on this device.

To check if you have this feature enabled, click the OneDrive icon in your System Tray and choose More > Settings. On the Settings tab, make sure Save space and download files as you use them is checked.

OneDrive Is Better Than It Once Was 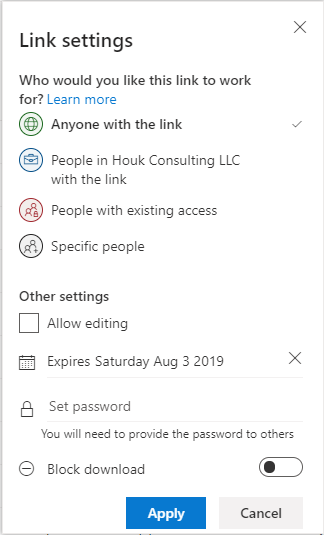 When Microsoft introduced OneDrive, it felt weak compared to its competitors. Stability was an issue, and it lacked some features. This led to many people avoiding it, even though Microsoft integrated it more tightly with Windows over time.

Nowadays, stability isn't a concern with OneDrive anymore. It works great on both desktop and mobile, so you don't have to worry about getting a second-rate experience.

Will You Give OneDrive a Try?

We've looked at a few of the benefits OneDrive brings to the table. They don't stop with these, though. Other cool features include letting you embed document libraries into SharePoint web pages, robust sharing, and recovery of deleted files. If you subscribe to Office 365, you already have access to OneDrive, so there's nothing to lose by trying it out.

If you don't use Office 365 yet, have a look at our explanation of how Microsoft Office licensing works.