Chances are that when downloading software or poking around in your computer's settings menu, you've seen the terms 32-bit and 64-bit. But what do these terms mean, and how do they affect your computer?

Let's look at this important computer distinction and see what it means.

If you've read our explanation on computer file sizes, you'll know that computers use the binary system to count. Unlike the standard decimal system with 10 possible digits for each place, binary numbers are made up of only ones and zeros.

A bit refers to one binary digit, which is the smallest amount of information a computer can record. A 32-bit number, then, consists of four groups of eight bits each (this group of eight bits is called a byte). 64-bit numbers have twice as many bits, containing eight sets of bytes. 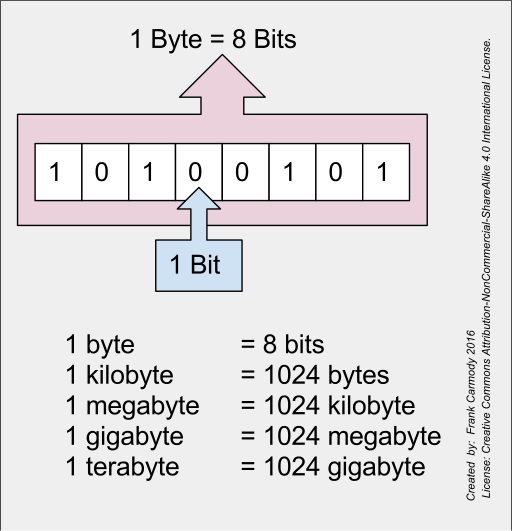 This might lead you to think that a 64-bit number can store twice as much information as a 32-bit number. However, adding more places for binary numbers actually increases the possible values exponentially.

Now that we know what these values mean, how do they affect computers?

The processor (also called CPU) inside a computer uses a certain architecture (measured in bits) to process information. The exact details of this are far too complex for this explanation, but suffice it to say that the higher the bit architecture of a CPU, the more instructions it can process per second.

Today, most computers have 64-bit processors. Even phones have largely moved to 64-bit; Apple's iPhone 5s, released in 2013, was the first smartphone to have a 64-bit chip.

Going even further back, computers from decades ago had 16-bit processors that were even weaker than 32-bit systems. As you'd expect, these are essentially extinct today.

The CPU's architecture is just one part of the equation. As you may know, operating systems can also be 32-bit or 64-bit. The version you have installed depends on the processor in your system.

A 64-bit version of Windows (or another operating system) only works on 64-bit systems. If you have a 32-bit processor, you must install the 32-bit flavor of your chosen OS. You can install a 32-bit OS on a 64-bit system, but you won't enjoy any of the performance benefits that 64-bit CPUs offer.

In Windows 10, you can check what processor type and OS version you have by opening Settings > System > About. Under Device specifications, you'll see a System type entry that says something like 64-bit operating system, x64-based processor. 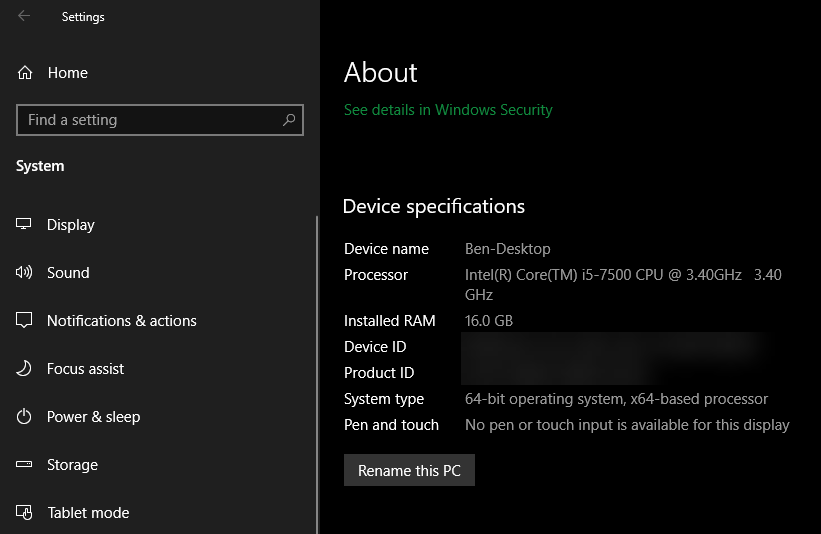 While x64 obviously means you have a 64-bit processor, x86 is commonly used for 32-bit architecture. This is a bit confusing; it stems from a popular line of Intel processors that had model numbers ending in 86 at the time 32-bit systems were becoming available.

If this page says 32-bit operating system, x64-based processor, then you should consider reinstalling a 64-bit version of Windows so you get all the benefits of your CPU.

And if you use a Mac, you're almost certainly on a 64-bit system. Since Mac OS X Lion in 2011, Apple's desktop OS has run only on 64-bit processors.

Differences Between 32-Bit and 64-Bit Windows

First is that 32-bit Windows can only utilize up to 4GB of RAM. Even if you have more RAM in your system, a 32-bit OS can't take advantage of it. On the same About page where you checked your system type, under Installed RAM, you might see something like 8.0 GB (4.0 GB usable).

As you'd imagine, this is a waste of resources and will limit how many tasks you can run on your computer at once. Meanwhile, to highlight the difference in power between them, a 64-bit copy of Windows 10 Pro supports up to a staggering 2TB of RAM. 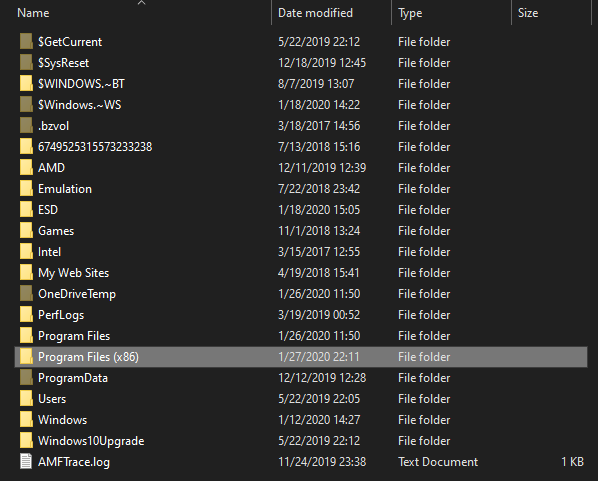 The reason for this is because 32-bit and 64-bit programs require different resources. A 32-bit program wouldn't know what to do with a 64-bit resource file, so Windows keeps them separated.

The final part of the equation is the software you use. Like processors and operating systems, applications can be 32-bit or 64-bit. Unsurprisingly, 64-bit programs cannot run on a 32-bit OS.

Though 32-bit processors are fading out, 32-bit software is still fairly common on Windows. Like an operating system, 64-bit software can take advantage of the enhanced capabilities 64-bit architecture offers.

While this is important for resource-heavy apps like video editors, 32-bit software is still suitable for lighter apps. This differs based on the app--some install the right version for your system automatically, while others ask which you want to use.

Mac users might know that macOS Catalina, released in 2019, is the first version of the Mac operating system to drop support for 32-bit apps. If you need to use 32-bit Mac software, you'll need to stay on macOS Mojave or earlier.

Get the Most From Your Bits

We've taken a look at the architecture that processors, operating systems, and software use to perform tasks on your computer. In summary, 64-bit provides major advantages over older 32-bit setups. Most processors and computers from today and the last few years are 64-bit, but 32-bit software is still around in some places.