What Is an Unlocked Phone, and What Are Its Benefits?

You might have come across the term "unlocked" to refer to mobile phones. But what does it mean when a phone is unlocked, and how is having an unlocked phone beneficial?

Let's take a look at what having an unlocked device means, how to check if yours is unlocked, and other considerations around this.

What Is an Unlocked Phone?

When we talk about an unlocked phone, we don't mean the device's lock screen security. Having an unlocked phone doesn't rely on any particular kind of device security, like Face ID or a PIN code. It's also not the same as jailbreaking or rooting, which are advanced methods people use to break out of the boundaries set by device manufacturers.

Instead, an unlocked phone is a device that is capable of working with any mobile carrier. If you have an unlocked phone and are on T-Mobile, for example, you could cancel your T-Mobile service, bring your phone to AT&T, and activate it there with little trouble.

On the other hand, a locked phone is designed to only function with one carrier. In this scenario, say you had a phone locked to Verizon and decided to take it to AT&T instead. AT&T wouldn't be able to activate the phone on its service because it's locked to only use Verizon's network.

Aside from carrier functionality, a locked phone doesn't differ from unlocked devices in any major way. It can run apps, access Wi-Fi and use your carrier's cellular network, and do everything else you expect.

How to Check if You Have an Unlocked Device

If you have an iPhone running iOS 14 or higher, there's an easy way to check if your iPhone is unlocked. Otherwise, you'll have to use a more cumbersome method to be certain.

On your iPhone, go to Settings > General > About. There's a lot of technical info on this page; scroll down to the last block above Primary and you should see a field titled Carrier Lock. This will say No SIM restrictions if your device is unlocked. If it says something else, your phone is most likely locked to your carrier. 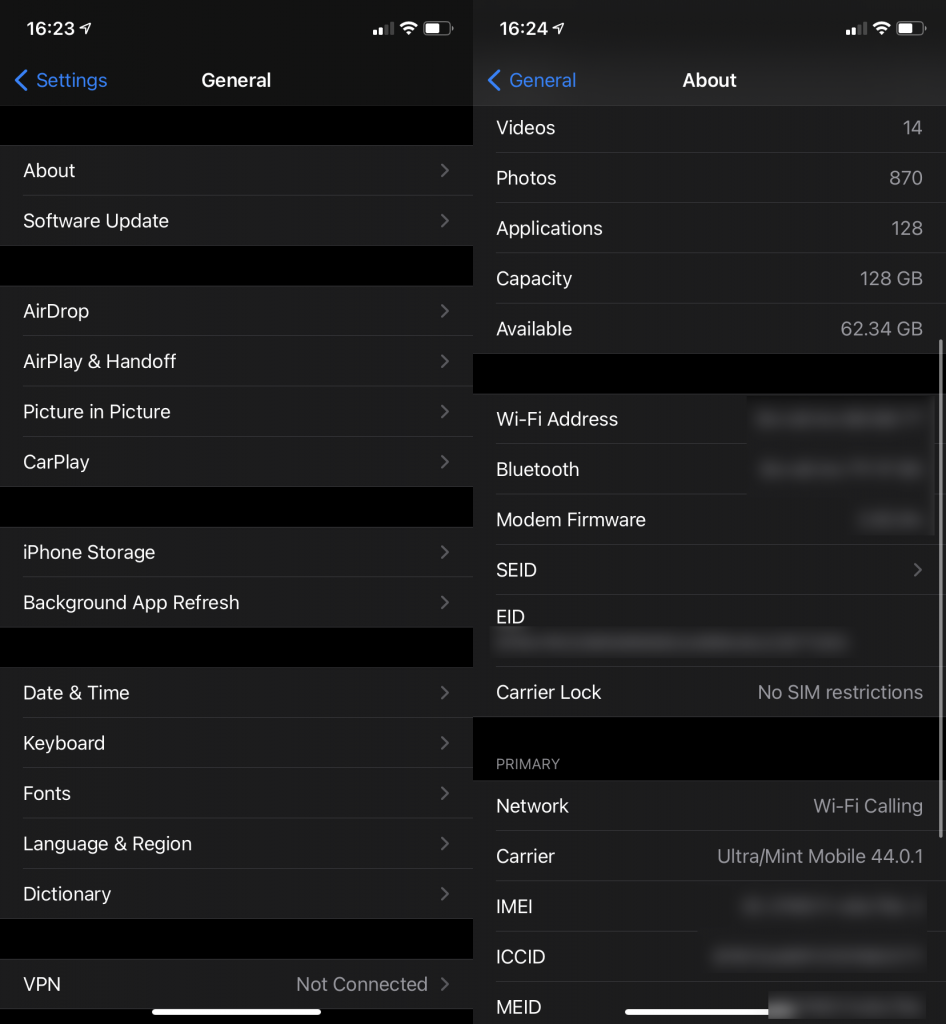 If you don't have an iPhone or use an older version of iOS, then you'll have to use a different SIM card to see if your device is unlocked. Try borrowing a SIM card from a friend who uses a different carrier. If this isn't an option, you can buy a prepaid SIM at a store like Walmart.

Once you have a SIM card from another provider on your phone, turn your device off and swap your current SIM card with the new one. After turning your phone back on, try making a call. If the call goes through, your phone is unlocked.

A locked phone will not allow you to make a call with a different SIM card inserted, and may show a message about entering a SIM unlock code. This isn't something you can do on your own; it requires your carrier to help.

Chances are that if you bought your phone through a carrier, especially if you're locked into a contract for the device, it's locked. Once you pay off your phone and complete your contract, your carrier may unlock the device for you.

You can call your provider confirm if your device is locked and ask them to unlock your device if you're not currently in a contract. However, your success will depend on your particular mobile provider. Some are more willing to do this than others.

In the future, if you're interested in using an unlocked phone, you should look at buying your device directly from the manufacturer. For instance, when you buy an iPhone from Apple, you can choose a provider or select to buy it SIM-free. 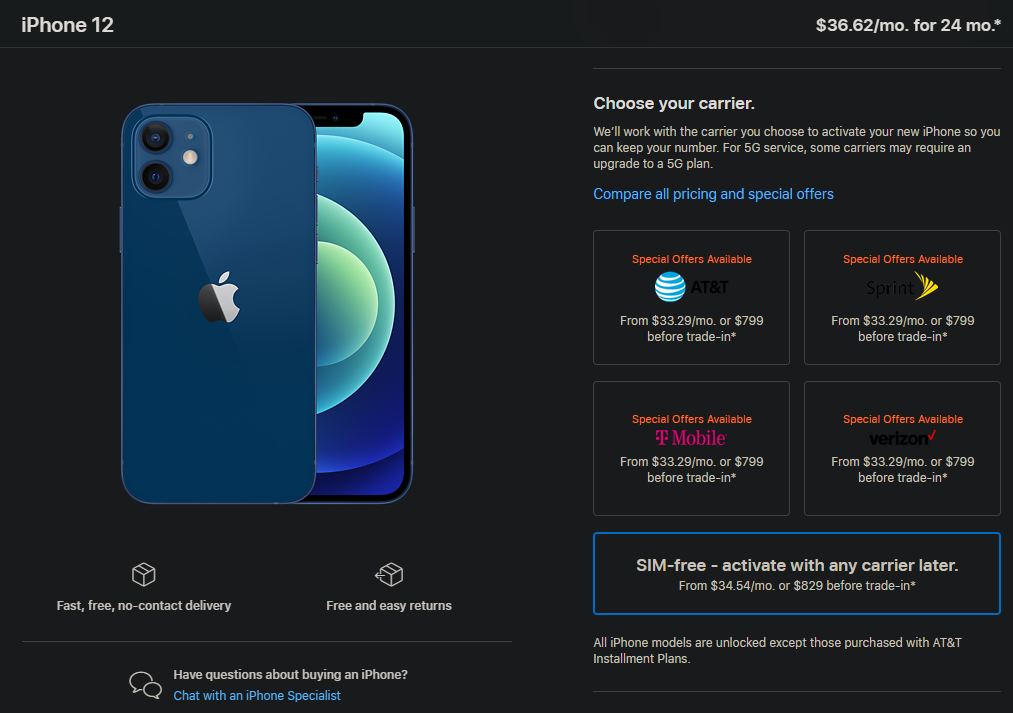 Buying the device right from Apple (as well as Samsung, Google, or another manufacturer) lets you take it to nearly any carrier you want. And if you decide to leave that carrier after a while, you take your device with you.

If you aren't able to pay for a phone in full upfront, most manufacturers let you pay in installment plans just like a carrier does. It's definitely an option to consider next time you buy a smartphone.

Now you know the difference between locked and unlocked phones. Like a lot of mobile carrier behavior, locking phones is a frustrating practice that's mostly designed to make cellular providers more money. But with a bit of planning ahead, you can get an unlocked device and use it wherever you prefer.

For more on mobile terminology, have a look at our explanation of 5G next.