What Is a Virtual Machine and Why Are They Useful?

Virtual machines are an important and useful computing tool. If you're not familiar with them, you might wonder what this term means.

What Is a Virtual Machine?

A virtual machine (VM) is an emulated computer system that runs on another computer or server. This is usually achieved using software called a hypervisor, which manages the virtual machine.

The virtual machine behaves like it's running on real hardware. While the setup depends on the hypervisor you're using, once configured, using a VM is essentially the same as running a native system.

The virtualized OS is often referred to as the guest, while the computer running the virtual machine is called the host. One host machine can run multiple guest VMs at once, as long as it has the resources to do so.

When you use a virtual machine, it opens like any other app window on your computer. You can view the VM in full-screen so it's like you're actually using the guest OS on real hardware, or keep it windowed to work in both the host and guest OSes at the same time.

How Do Virtual Machines Work?

With most virtual machine implementations, you use hypervisor software to create and manage VMs. Windows includes its own hypervisor tool, called Hyper-V, on Professional and higher versions. VirtualBox is a popular free and open-source option; VMWare Fusion is another well-known tool for the job. 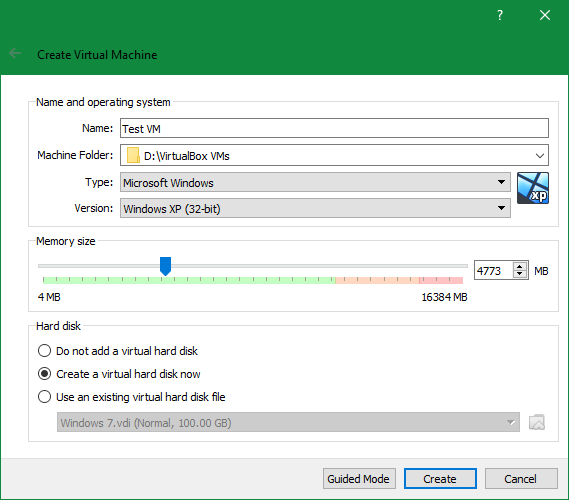 You can set up as many virtual machines as you want in your hypervisor software, though they're just empty canisters until you actually install an OS in them. For this, you need an installer file, which is usually an ISO (disc image) for installing Windows, Linux, or a different OS.

After you load the "disc" containing the ISO into your VM, you can proceed to set up the guest OS like you would if it was running on real hardware. Once it's done, you're free to open and close the guest OS anytime. Since the guest OS exists in its own box, it can't interact with the files on your actual computer (unless you set up file-sharing or similar). 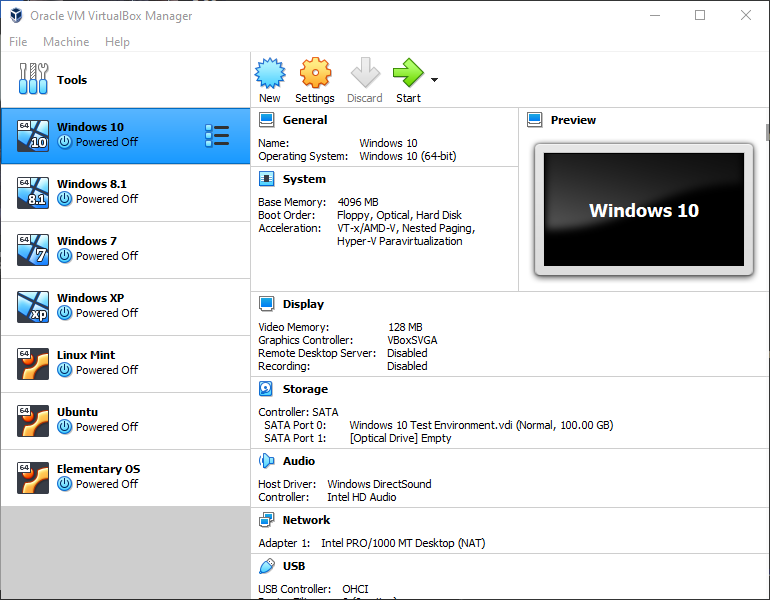 What Are Virtual Machines Used For?

Virtual machines have a lot of uses. Let's consider a few of them:

Virtual machines have even more benefits. Most hypervisor software lets you save snapshots of a VM's current state, allowing you to easily roll back changes if something goes wrong. It's also relatively easy to bring a VM to another host computer if needed.

And if you don't need one anymore, you can delete them to reclaim the used space. In this way, they're much more convenient than dual-booting in a lot of scenarios.

While VMs are a useful tool, they aren't flawless. Because emulation isn't perfect, virtual machines struggle with running heavy operations in the guest OS. This means that heavy-duty tools like CAD software typically won't work as well as they do on real hardware.

Virtual machines will also suffer from poor performance if your host machine isn't powerful enough. You need enough resources to keep the VM running smoothly, as well as still powering your actual computer.

VMs are great in a lot of cases. But sometimes, dual-booting a second OS is the better option, so you can switch to the other OS and dedicate the full resources of your machine to it.

Now you know what virtual machines are and the benefits they offer. They're extremely helpful in a lot of business scenarios, as well as offering benefits for individual hobbyists too.

Speaking of virtualization, you should also know how to use multiple virtual desktops in Windows 10.