Understanding the Basics of Bluetooth

Bluetooth has been around for decades and is a relatively simple technology from a user's perspective. But even if you use it sometimes, you might not fully understand what Bluetooth does.

Let's take a look at the fundamentals of Bluetooth so you can get a better grasp on this common standard.

In short, Bluetooth is a wireless technology that allows you to connect two devices in close proximity to each other. It's often used to pair a mobile phone with another device, but this isn't its only use.

Bluetooth first appeared in consumer devices in 1999, and was later integrated into cell phones. Now, it's standard for every smartphone to include Bluetooth.

Many computers include it as well. All modern MacBooks, most Chromebooks, and a lot of Windows laptops include Bluetooth. It's not always included with desktop computers, but you can buy an inexpensive USB adapter to add Bluetooth to your PC in those cases.

Bluetooth's effective range is around 30 feet. Any further than this, and the signal won't be reliable. Of course, it depends on other factors like obstructions between devices as well.

Early uses for Bluetooth mostly focused on pairing it with hands-free headsets for phone calls. While it can still do this, there are far more applications for Bluetooth now. Below are some examples:

These are just a handful of uses for Bluetooth. There are many other speciality uses and devices across fields.

How Does Bluetooth Work?

When you want to use Bluetooth between two new devices, you have to first pair them. To start this process, you must put one of the devices in pairing mode, then make the other device discoverable so other Bluetooth devices know they're looking for a connection.

On a phone or computer, just opening the Bluetooth settings page will make them discoverable. For devices without graphical interfaces, like headphones and speakers, you'll need to follow the manufacturer's instructions to put them in pairing mode. Typically this involves holding the Power button for a few moments, or holding some other combination of buttons.

Once the Bluetooth device is in pairing mode, you can select it from your phone or computer to pair it. Typically, this happens within a few seconds and doesn't require any input from you. However, in some cases, you'll need to confirm a short code to make sure you're pairing the right device. 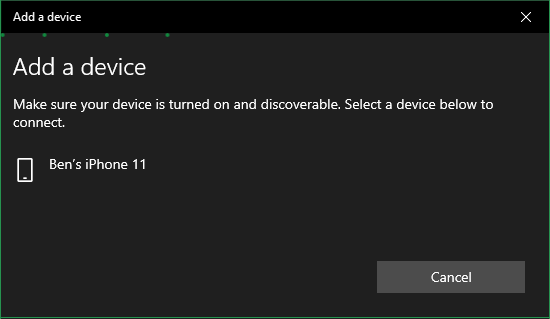 After the devices are paired, you can use them as desired. Paired devices will often reconnect automatically in the future when they're both turned on and near each other. Thus, you don't have to go through the pairing process every time.

Bluetooth's standards have slowly evolved over time, fixing issues, improving the reliability of the signal, and similar.

One of the major additions was Bluetooth Low Energy (LE) in 2009, which is a more energy-efficient version of the protocol. It's used in sectors like healthcare, fitness, proximity sensors, and similar. Bluetooth already uses a relatively small amount of energy, but Bluetooth LE comes in handy in situations where the full throughput of data isn't required.

For example, file transfer between devices needs full Bluetooth, while occasionally grabbing data from a smartwatch is suitable for Bluetooth LE.

At CES 2020, the organization behind Bluetooth announced LE Audio. This is a new standard that allows one set of headphones to connect to many sources of audio, or multiple sets of headphones to connect to one audio source. An example of this usage is a gym allowing its guests to listen to the center's radio in their headphones, or allowing people to scan a code to listen to an airport TV's audio in their earbuds.

This phase of Bluetooth hasn't been fully rolled out yet, but should make its way into everyday life before long.

Bluetooth is something that we mostly take for granted now, but it's really useful when you think about everything it can do. It's not likely to go anywhere soon, and will continue to improve with new offerings like LE Audio.

For those times when you can't use Bluetooth, make sure you also understand the various USB cables and ports.